Most folks take Lil B as a joke because of his music and character, but he is indeed hiphop as well as The Godfather to a lot of these newer cats. 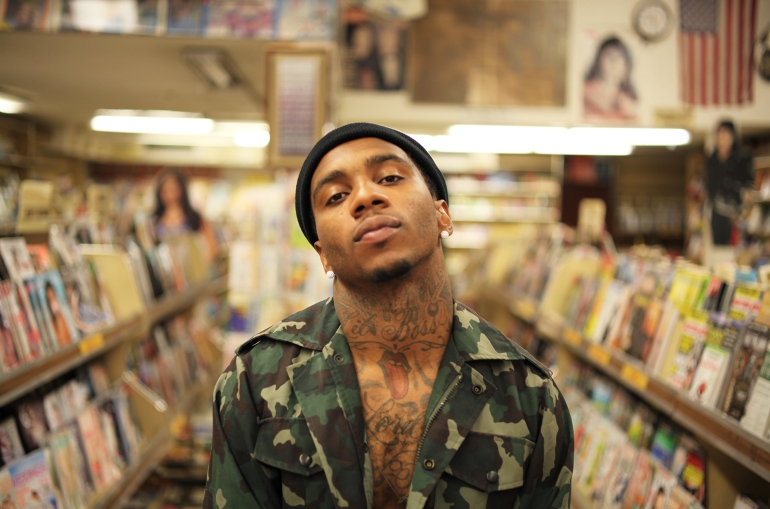 And that’s the problem. Casual rap fans may never take Lil B serious even if he were to drop a My Beautiful Dark Twisted Fantasy. The reason for my statement stems from me being thoroughly impressed with his latest album, Black Ken. I will get into this a little later.

I first got into Lil B around 2011-12, when I was in line overnight for some Jordans at Premium Goods. Maybe 2010. I think it was a limited release for the Olympic 6’s but I’m not sure. Anyway, dude in front of me put me on because I didn’t understand how anyone could like his music. Off the strength of that conversation I dug into Lil B with a newly opened mind.

9th Wonder speaking on Lil B..

During my search, I came to find 9th Wonder praising Lil B and the following is a paraphrase of what he said, “all the serious tracks Lil B releases barely have any views compared to when he does that stupid stuff.” When Lil B dropped his controversial I’m Gay (I’m Happy) album, even Lupe came out to say something along the lines of, “he’s really spitting some shit if you listen.” After hearing his collabs with 9th, Tony Yayo and Clams Casino, I was pleasantly surprised. I now understood why people liked Lil B. They saw through the facade I couldn’t see passed previously. He was smart enough to know what worked for him, and though he may have went against the grain, he never went against his own.

Peep the reaction to the icon live in NYC…

Note, don’t come for Lil B because he will respond. That’s real hiphop. Joe Budden know (also KD haha). Lil B may be a “joke” to some in hiphop, but he made it to Sportscenter by clowning around. You really can’t deny his impact.

Getting to the new album, Black Ken, now.

Produced By BasedGod is the intro to his new album Black Ken. Here he has a reverse reverb effect followed by “BasedGod” as a tag. I’m not sure if that’s the actual effect but whatever. The funny thing to point out is that the homie BassRob been using that tag. I know he feels a way (lol). “I don’t want no smoke with The BasedGod,” exclaims BassRob. I believe Black Ken is self produced.

There is some “pretty boy music” in this, which is what Lil B calls some of his Based tracks, but what gets me is how hiphop this album is. I call Black Ken the essence because I can’t help but get that classic hiphop feel. 1/3 into the album and it hints early rap with lyrics, tone, delivery, constant crowd chants, constant shouts of DJ, the production, the LL, Bone Thugs and Westcoast influence? Man listen.

I played some cuts from the album for DRE and instantly, “these sounds are what my uncle used when he was trying to get in the rap game.” DRE’s uncle is now 50. “He was really into Westcoast funk and this album sounds exactly like that, this is nostalgic.”

Lil B says early on track 2, “it’s 2017 and I’m here to represent.” Represent what? Hiphop and the Westcoast. If you follow Lil B you know how much love he has for both. Later in the album he says, “I took 2 years off to perfect my craft,” the art of producing this classic hiphop sounding album. He even mentions names like Kanye, Jay Z, Charles Hamilton and Pharrell in his raps. I get the sense this whole album is an ode to hiphop. In the middle of the album, when we travel to Mexico, he has a song called Zam Bose that sounds a bit Neptunes influenced.

My House was our first offering from the album before 2016 ended. Produced by Metro Boomin, I was sad to see it didn’t make the album when they released the track list, but it makes sense. Though the direction is completely different sonically, the actual direction is not so different, if that makes sense. My House samples the classic Bone Thugs-Crossroads record. He was telling us the direction it was headed. Classic rap.

I respect Lil B. He made his own lane on his own terms, kept it real throughout, spread positivity, appreciates (and is clearly a student of) hiphop. Give Black Ken a listen with an open mind if you’re not a Lil B fan. Let us know if you get the same feeling. At the moment, Berkeley is my favorite song from the album.